skip to main | skip to sidebar

For those of you who didn't get a chance to fete Cliff and his wife at Glenda and Gary Philbin's lovely home several weeks ago, his co-workers at the Post Office have scheduled a dinner in his honor and invite you to attend.

Join in the Spirit of the Season 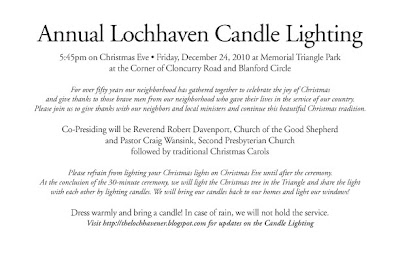 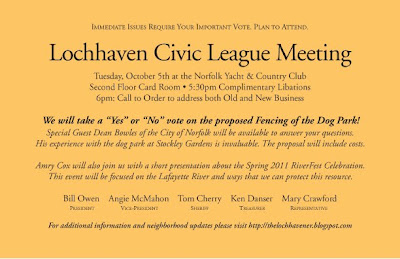 Click on the announcement card above for a larger version.

Where did the summer go? As we come into the autumn, the League will discuss and vote on the proposed fencing of the dog park at Daniel and Gleneagles. This is not a discussion about if the park should be a dog park (it was permitted as such when the city was gifted the parcel many years ago), but if the park would be better utilized for the neighborhood were it fenced and gated. Ken Danser, our treasurer, will have a report on our current finances. You will want to know that, as Dean Bowles, who will be joining us at the meeting has already provided us with an estimate. There are more details to this than I can relate here, so do plan to attend the meeting and have your say.

I have attached two illustrations that show the location and relative scope of the project (the fenced area totals 12,000 square feet with 550 feet of fencing). FYI - The black iron fencing is spec'd in the first diagram. 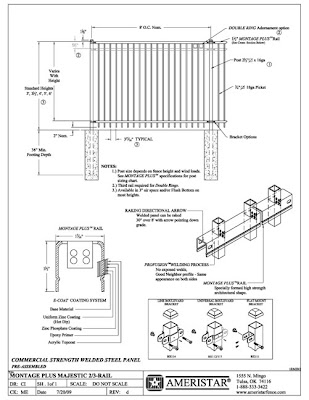 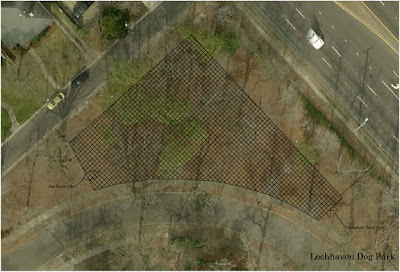 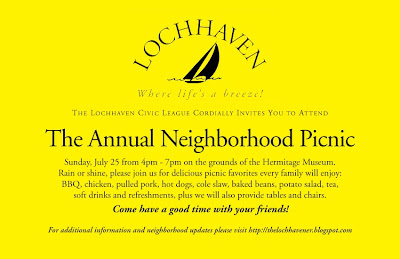 The City of Norfolk provides weekly updates to the league on developments that may have an effect on our neighborhood. Saturday, I received the city's most recent projection for the Atlantic Basin Hurricane Season and I wanted to share the numbers with you.

While the numbers appear alarming, I don't believe we need to go into panic mode. There were predictions made last year that never materialized.

I would encourage you to visit www.fema.gov for an up to date flood map of Lochhaven. You can determine if you are in a flood plain. Most home insurances include wind and rain damage with a 5% hurricane deductible, but not flooding. Flood insurance is available through many insurance carriers and is backed by FEMA.

As an example, my house - built in 1952 and has never flooded - is designated "Highly Likely" to suffer water damage. When I had a mortgage, I was required to carry flood insurance. I have kept the policy active ever since, as those of us who went through Hurricane Isabell in 2004 can testify, the Lafayette River swelled its banks and flooded a number of homes, some of which had to be taken down. The cost for my policy is $700 annually. That covers both the structure and contents. Your home's cost may vary for obvious reasons.

On a side note, in the event of a severe hurricane I would plan to evacuate Lochhaven. I stayed thru Isabell and, frankly, wish I hadn't. The storm was nerve-racking, trees were falling everywhere (I had never seen that), and the flooding intense. Afterwards, there was no power or phone service for 2-weeks. The temps were hot, no AC, and noisy generators ran all night long. Bugs and spiders overran the house as it was the only dry spot they could find. Cocktail hour without ice? Canned sardines for dinner?

Next time, I'm hopping a plane for NYC. 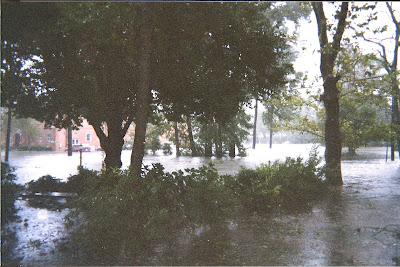 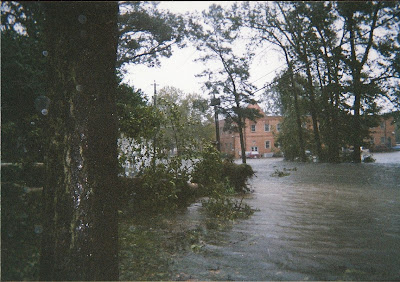 I had waterfront property for 24 hours as the Lafayette River crested. 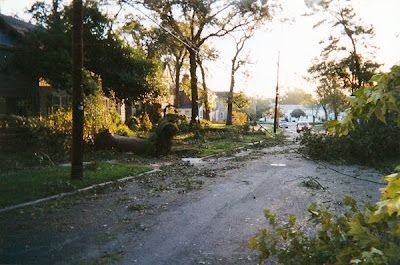 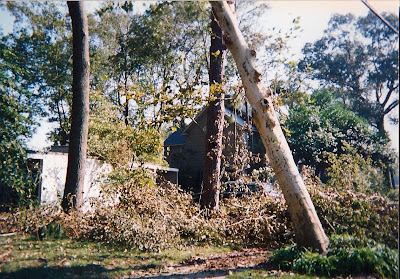 My front yard. Had to climb over limbs just to get out.
Leaning tree ready to fall. Never slept well until it came down.

If you have any photos you would like to post of Hurricane Isabell, send them to me and I'll get them up. Thanks, Bill.
Posted by Bill Owen at 3:21 AM No comments:

Special Guest Speaker Melanie Mathewes, Executive Director of the Hermitage, updated the community regarding the proposed “Learning Barge” (now canceled). She invited the neighborhood to participate in many of the scheduled summer events at the Hermitage and had materials available for distribution.

Andy Protogyrou spoke about his candidacy for Norfolk City Council. Andy lives in Lochhaven and, naturally, supports the neighborhood and the initiatives the league is attempting to accomplish.

1. Mary Crawford reported on the City Traffic department regarding neighborhood stop signs. One of a list of four was approved, at the intersection of Milson and Cloncurry. It has since been installed.

2. Treasurer’s Report from Ken Danser. He requested that the “Playground” account transfer to the general fund. The playground account was initially originated to supply the open park by the Hermitage with equipment. Since the city took over the playground and those responsibilities, the account was deemed unnecessary. The transfer was approved by hand vote.

3. Update on city sign at Little Creek with the corrected spelling of “Lochhaven”. Installation should be in about a week or two according to Archbell Signs, the manufacturer.

4. Update on city lighting request from Gleneagles Road residents. Denied by the city for budgetary concerns and not to be reconsidered for two years. The city is expected to run a $31 million deficit in the current fiscal year.

5. Update on Neighborhood Directory. A privacy provision was made to allow residents to delete their email addresses.

1. Angie McMahon has set up a committee organizing a Welcome Wagon for new residents. Volunteers were requested.

2. Suggested construction of a dog park at Triangle Park (City Land). It was decided that other alternatives also be considered and debated at our next formal league meeting.

3. Shirley Cabell submitted a written request that the city schedule maintenance for the property at the intersection of Muirfield and Gleneagles. City Maintenance Director Rick Conrad was contacted and he has already visited the site for evaluation and will have a city crew there to perform grounds maintenance before the end of the month of April.

4. T-Shirt distribution to members of the civic league. Tees are still available for purchase.

5. Announcement of our next league meeting - a picnic - Sunday June 27th at 4pm. More details to come.

6. A request was made to legally allow golf carts on the streets of Lochhaven. The league will investigate the process and put the motion up to a vote at our next meeting.

7. Several members voiced concern about residents speeding through the neighborhood. The city is adamantly opposed to speed bumps and will not install them in the neighborhood. Other solutions will be investigated and presented at our next meeting.
Posted by Bill Owen at 7:24 AM No comments: 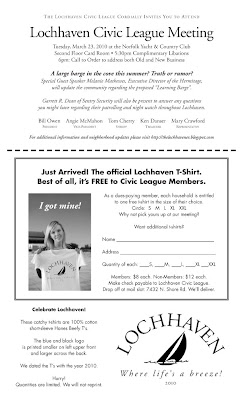 Click on the announcement card above for a larger version.

A reminder that we will have a Lochhaven Civic League meeting at the Norfolk Yacht & Country Club at 5:30pm on Tuesday, March 23.

We hope to see you there.
Posted by Bill Owen at 3:26 AM No comments: